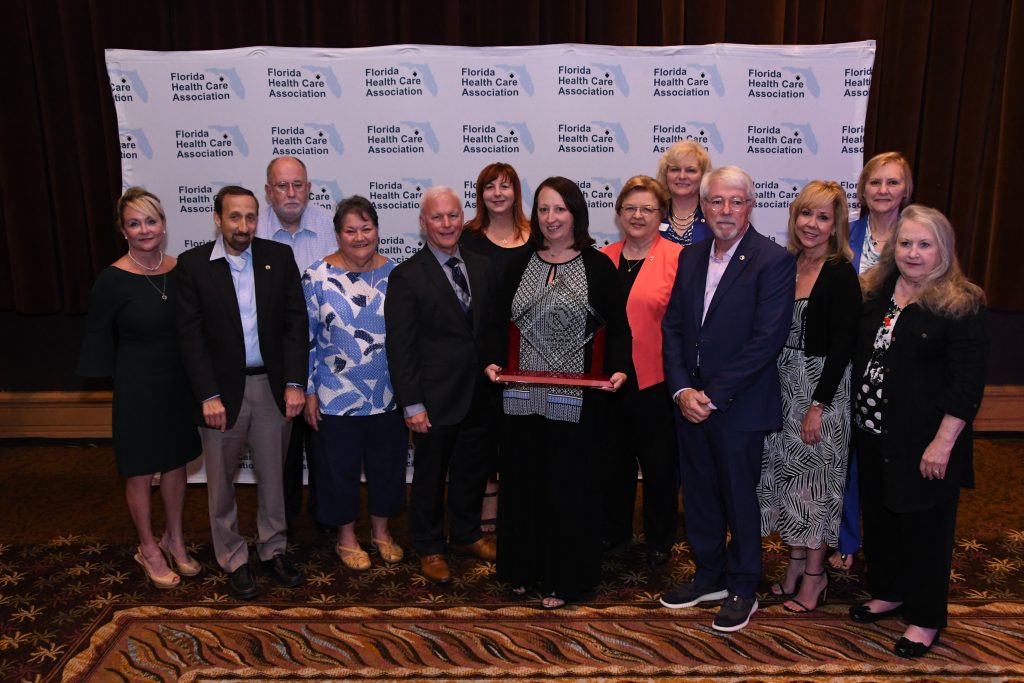 On July 18, Jennifer Ziolkowski, Senior Vice President of Opis Senior Services Group, was presented with the 2018 Walter M. Johnson, Jr. Circle of Excellence Award, FHCA’s highest honor bestowed on a member. She was honored in front of more than 600 of her long term care professional peers during FHCA’s 2018 Annual Conference in Hollywood.

Ziolkowski has high-level of understanding of all aspects of business operations and an appreciation for the intricacies of Medicaid reimbursement. She played a key role in the development of the new Medicaid Prospective Payment System (PPS), offering important input that helped Florida’s Legislature develop a payment system that will finally recognize and reward nursing centers for delivering quality care. 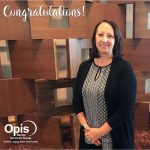 Ziolkowski is Co-Chair of FHCA’s Reimbursement Committee and serves on the Association’s PPS Task Force as well as the Agency for Health Care Administration’s PPS working group. She also plays an important role at the national level, serving on the American Health Care Association’s Reimbursement Committee. She is an active member of the FHC PAC Board and the Legislative Committee and is an effective advocate for nursing center residents.

Florida Health Care Association’s highest honor, the Walter M. Johnson, Jr. Circle of Excellence Award was initiated in 1972 in honor of a man who was one of the significant forces in the establishment of the Association. Walter M. Johnson served as president of FHCA from 1969-71 and, under his leadership, membership in the Association grew rapidly, and he was instrumental in establishing an effective committee system for legislative, reimbursement and regulatory issues. The Walter M. Johnson, Jr. Circle of Excellence Award is given annually to a member of FHCA who has made significant contributions in the past year and has worked for the growth and development of the Association through the years. Click here for a list of past winners.