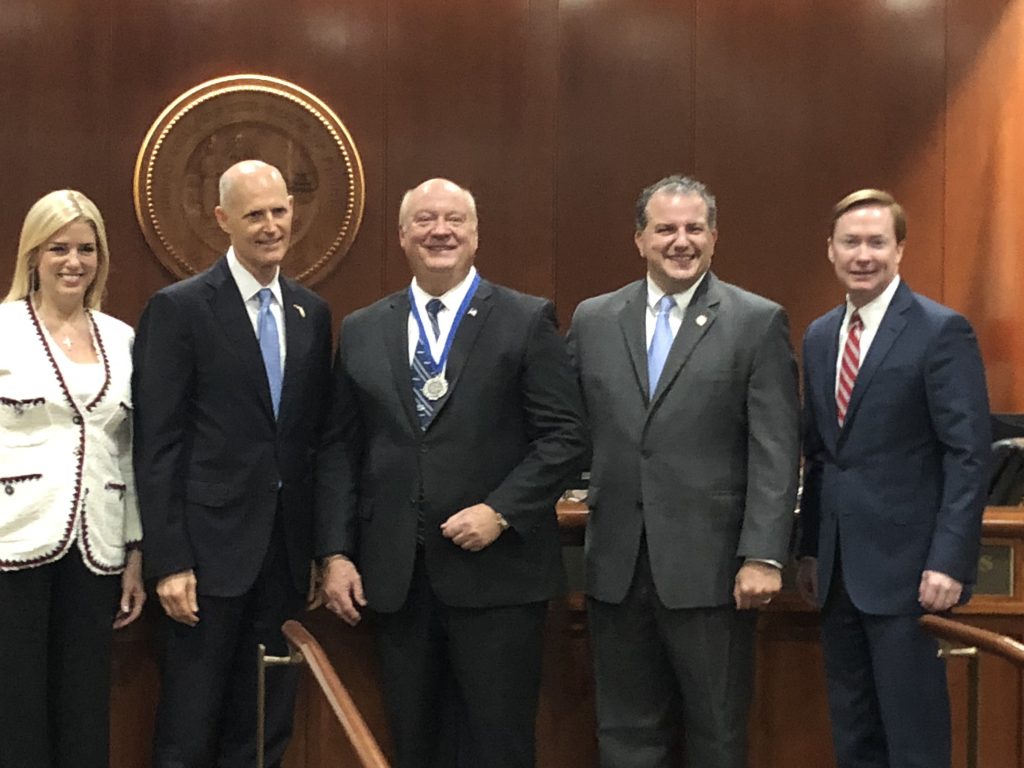 Governor Scott said, “It’s a privilege to present Fred Taylor with the Medal of Merit in recognition of his exceptional service to our country. We should take every opportunity to thank our veterans and I am proud to honor Fred with this small token of gratitude for his service and sacrifice, and for the work he continues to do to in his community.”

Fred Taylor, administrator at Zephyrhills Health and Rehabilitation, is an Army Veteran who served during the Vietnam War. During his service, he was awarded three purple hearts for injuries sustained in the war. He served as the National Commander of the Military Order of the Purple Heart and the Combat Infantryman’s Association. His many awards include the James Dean Foundation’s Humanitarian Award and a Distinguished Alumni Award from both his high school and college. In 2013, Fred was recognized for volunteering 10,000 hours of service to veterans.

Fred is an active FHCA member, a graduate of FHCA’s Florida Leaders program and has resided in Florida since 2002. He continues to serve Florida veterans and their families.

Watch a brief video from the ceremony.