It was one of those, “do you remember where you were when…” moments. It was an early September morning and I had just finished shaving when I noticed a text come through over my cell. I wouldn’t normally take a call at that time but just days before Hurricane Irma had pounded our state, and all of us at FHCA were on call 24-7 throughout the storm.

The text alluded to the tragedy in Hollywood Hills. My heart sank.  As the day went on the news got worse; the death toll continued to climb. Like all of us I tried to understand how this could happen, a question that has yet to be answered as part of the ongoing criminal investigation into the tragedy.

The story dominated the news for weeks. The issue sadly, but predictably, became a political football.

Our profession was under assault 24/7. FHCA withstood months of intense calls from reporters looking for someone to blame.

It didn’t matter that our members delivered over 68,000 residents and patients safely through the storm, nor that Hollywood Hills was not a member of our Association.  To this day, I believe that had they been a member, maybe, just maybe, they would have availed themselves to the numerous training opportunities we offer. This is one case where the return on membership investment is now higher than anyone could have imagined.

Amidst the intense scrutiny of the press and rhetoric from personal injury lawyers, Governor Scott issued emergency generator rules, with a 60-day deadline that made it difficult, if not impossible, to meet. 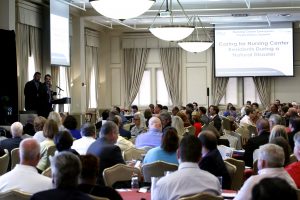 With so much at stake to achieve compliance, FHCA took immediate action. We hosted an Emergency Preparedness Summit to bring together experts from the generator and fuel industries, local governments, legislators and regulators to discuss a realistic approach to accomplish the Governor’s goal.

In the weeks following, the concern from members grew as compliance was impossible in the timeframes outlined. FHCA was thankful the administration, Agency for Health Care Administration and Department of Health provided us with numerous opportunities to communicate concerns and offer solutions that would not only ensure compliance could be achieved safely and timely, but also strengthen the procedures to keep residents safe during disasters.

It almost didn’t happen that way.

Soon after the Governor issued the Emergency Rules, every association representing long term care filed legal challenges. Every association that is, except the Florida Health Care Association.

FHCA leadership instead chose to remain steady on the path to finding solutions, to maintain open communication and do what is right by our residents. We worked hard, listening to member’s concerns and relaying them to all the stakeholders throughout this process. It was the right decision.

Eventually, the other associations that challenged the rule came to the table.

I would be remiss if I did not take a moment to discuss Governor Scott’s performance during this entire time.  As a fifth generation Floridian, I have been in this state for every hurricane since 1969; I’ve even ridden a few out. I have seen the work of several governors throughout those storms and am proud of how they handled themselves.

Nobody, however, came close to displaying the resilience of Governor Scott during Hurricane Irma. He was everywhere, all the time. He was in constant communication with our sector, and every other sector in the state of Florida. Excellent falls far short of describing the type of leadership that the Governor displayed throughout this process. From after the storm on through the legislative session, the Governor was the epitome of leadership. 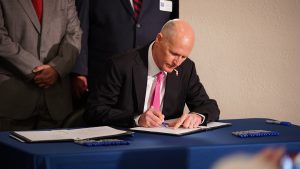 Last month, Governor Scott invited FHCA to participate in the bill signing for the nursing center and ALF generator rules at Calusa Harbour, an FHCA member. It was a ceremonial event and the culmination of months of hard work. As I watched the Governor sign each bill, I could not help but think about the long road we traveled to get to this point. It was a proud moment for FHCA, and certainly one of our finest.

None of it would have been possible without the support and leadership of our members. Thank you for your trust, your encouragement and your support all along the way. Because of you, the frail and elderly of our great state will have an even greater sense of assurance that their care and comfort is the highest priority. 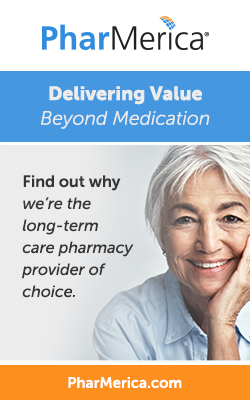